I usually do not recommend that you use premature ejaculation condoms (also known as delay condoms or climax control condoms), but I do believe that you should make your own choices based on solid information, so on this page you’ll find all the info that matters to you about PE condoms.

What are premature ejaculation condoms?

They are basically condoms which are especially manufactured for men who ejaculate prematurely.

How do they help to prevent PE?

There are different ways how these condoms help to delay ejaculation. Some condoms are simply just thicker, thus reducing the friction and other sensations you have when you have intercourse. Other condoms actually contain a chemical which temporarily makes the skin of your penis a bit numb.

What chemicals are used to numb the penis? 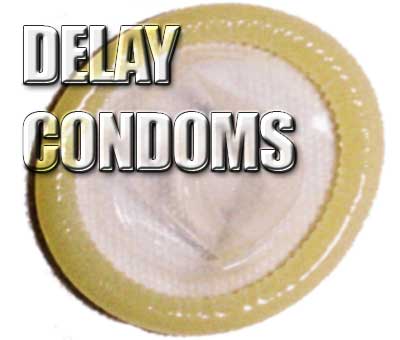 They often contain benzocaine on the inside of the condom. This is a local anesthetic that is often used to relieve pain. There are possible side effects when using benzocaine on your skin, among them allergic reactions (itching, hives, swelling, tingling sensations, headache, etc.). In rare cases benzocaine can also cause methemoglobinemia, which is a serious blood disease.

Is the numbing effect immediate?

Now when the numbing of sensations is simply caused by a kind of thicker rubber, then yes, of course. But if benzocaine is used to reduce sensations, then it usually takes 1-2 minutes until the numbing effect really sets in after putting on the condom.

Can I just use two condoms on top of each other?

You surely can do that, but I advise you against doing that. One issue is that when you wear two condoms on top of each other, it creates additional friction (rubber with rubber) which can cause your condoms to tear or break.

There’s a famous sex study by Dr. Alexa Albert about condom use of commercial sex workers, which kind of makes a different point, however, I do advice against this practice.

Which PE condoms shouldn’t you use?

Among the best delay condoms are Durex Performax Condoms, which are made from natural rubber latex and are electronically tested.

What’s a better than climax control condoms to last longer?