Shame, Embarrassment & Humiliation – What Premature Ejaculation Does To Your Self-Esteem

That look in her eyes after we finished sex. I pretended not to notice the expression of disappointment, but the fraction of a second that I glimpsed at her eye was enough to convey the message crystal clear to me – even though she was trying to keep it from me.

She knew that I was embarrassed and ashamed. (And I knew that she knew…)

This wasn’t how a man should perform.

Or just a wimp, unable to satisfy a woman?

Questions like these kept haunting me at random times of the day. Each and every single day.

I’m telling you, the things premature ejaculation can do to a man’s self-esteem are… well, it pretty much annihilated my sense of worth.

Crushed every nanogram of self-respect I had into a fine powder and then blew it away.

Until I reached a point where I was actually worried that other people might notice it. I mean not just sex partners – acquaintances, friends, family members, random strangers. People who knew nothing about my sex-life.

But somehow I felt stigmatized.

As if somehow all that shame and embarrassment shone a flashlight on my most humiliating shortcoming and and let everyone see right through me, displaying my innermost private and intimate struggles.

Of course, this was all in my head. But it still affected how I felt around other people and how I related to them.

Everybody who thinks that premature ejaculation is just a problem in the bedroom just doesn’t know what it’s like.

It get’s into every fiber of your soul.

I almost started to develop a bit of social anxiety around it.

Yep, I tried them. The creams, potions, gels and sprays… nothing helped.

And I couldn’t figure out what THE F#CK WAS WRONG WITH ME?!

I wanted to smash the mirror. Hit the wall. Scream out loud. Cry like a baby. 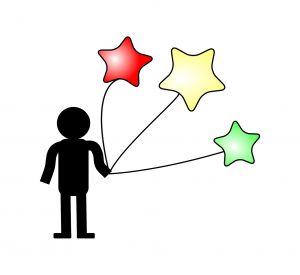 But I kept it together and instead drifted around in quiet desperation, holding on to my remaining little bit of hope like a kid holding on to the thin string of a colorful helium balloon.

I bought books. Read them, with a highlighter nearby. (Felt like in college all over again).

Some good advice in there. It just didn’t seem to work for me.

I felt inadequate. If you’d hear the things I said to myself in my head… stuff like “I’m such a worthless piece of sh!t.”

I even went to see a therapist and paid her inflated hourly fees – just to hear the same advice come out of her mouths that I’ve already read in the books (and that didn’t work for me).

I think one of the most frustrating things for men with PE is that there are too many “councellors” and “sexperts” with fancy credentials out there who know don’t really know how to fix PE. They just have so many people going through their “treatment funnel” that some of them get better, and then they start to believe that their method is working, and for the men who fail, well, it’s simply because they’re not following the method.

This is a convenient way of thinking about it. And I guess if I’d have been in their shoes, I would probably think the same way.

But the thing is: I wasn’t in their shoes.

I was the guy for whom nothing was working, and it tore me apart. I admit it. The only reason why I became so good at helping men to overcome PE was because I was desperate.

It wasn’t compassion for others, superior intelligence or any other kind of benevolent motive. Nowadays I’m really glad and grateful every time when I get an email from a guy who told me that he had sex as long as he wanted to and gave his girl a great orgasm. It gives me a sense of fulfillment and pride when I help other men out of that pain.

But at the beginning, it wasn’t about other men at all. It wasn’t even about my girlfriend. It was a selfish desire to fix my broken sex life. And this is how I did it…